I discovered Adele Bertei through her appearance on the 1988 Jellybean single “Just A Mirage” and her album “Little Lives” from the same year on Chrysalis Records as Francois Kevorkian had mixed the track “Love This Way” for the LP.

After investigating Adele’s music history a little more, I was surprised to find that this German born, New York based singer had her roots in the NY art house music scene of the late 70’s.

Adele moved to New York in 1977, a moment in time/place when a movement called no wave was about to tidal. Joining up with a gang of musical deconstructionists called The Contortions, Adele took over James Chance’s Acetone organ and made it wail. Working as Brian Eno’s assistant at the time, she requested his musical attention, and No New York was recorded. Adele became a pivotal figure in a counter-cultural art movement, in service to the credo “Nothing is true; everything is permitted.”

The artist Martin Kippenberger brought her to Berlin to perform in 1979, and after touring Europe shortly thereafter with her band, the Bloods – one of America’s first all-girl bands – Adele stayed on in Rotterdam and Amsterdam working as a DJ. She moved to London in the 1980’s where she worked primarily as a backing vocalist, recording and touring for artists Thomas Dolby, Culture Club, and Tears for Fears, also releasing records along the way as a solo artist with the Geffen and Chrysalis labels as well as Nona Hendryx’s label Rhythmbank.

The single ‘Build Me A Bridge” was to be her only release on Geffen Records, produced by Thomas Dolby and remixed for the US 12″ single by Mark Kamins. 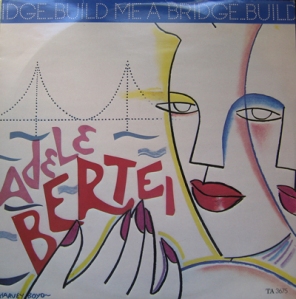 Vitamin Z founders Geoff Barradale and Nick Lockwood were born and raised in Northern England’s Sheffield. The group originally took shape around a loose-knit collection of local musicians who came together in a common rehearsal space.

The band’s debut album Rites Of Passage, was released in 1985. Its most prominent single, “Burning Flame,” did well on the U.S. dance charts and the band toured England with Tears for Fears. Vitamin Z also made news when its video for the song “Circus Ring (We Scream About)” filmed in Istanbul, making them the first Western Europeans to be allowed to film in Turkey since the film Midnight Express prompted government officials there to close the border to foreign film units.

Geoff Barradale now serves as manager for the Arctic Monkeys.

The “Burning Flame” 12″ was remixed by John Luongo. 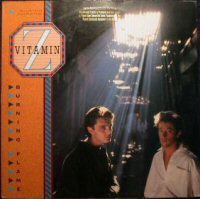 Taking a short break from his decade-long leadership of the Wah! convolutions, Pete Wylie’s began his collaboration with producer Zues B Held which would lead to Pete’s debut solo album the following year and it’s hit title track “Sinful’.

The first single released under the solo Pete Wylie moniker was “Diamond Girl” on MDM Records, it would not appear on the subsequent solo album released by Siren Records and reached #57 on the UK charts. Like the previous post by Intaferon, it is a slice of Brit Pop genius which deserved to do much better.

Remixed by Pete Wylie and Zeus B Held. 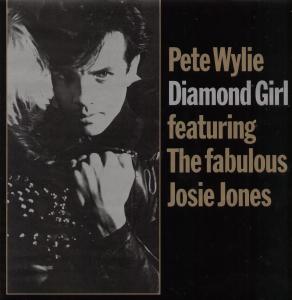 Intaferon were a duo consisting of Simon Fellowes and Simon Gillham. They were signed to Chrysalis Records and released three singles during the period 1983-1984 before Fellowes embarked on a solo career as Simon F.

Their song, “Get Out of London” (produced by Martin Rushent) was featured on the channel four show Max Headroom and would reach #93 on the UK charts. 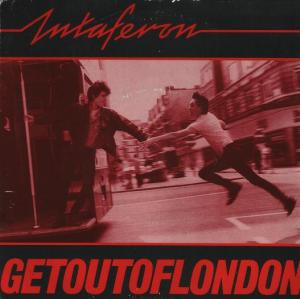 Back in February I posted the Arthur Baker remixes of “Live It Up” by Gardner Cole, a reader requested the mixes from the A side of the US 12″ single by Keith Cohen & Steve Beltran.

Finally got round to doing this last weekend and it turns out the remixes are pretty great so I’m heading off to see if I can lay my hands on Gardner’s debut 1988 album “Triangles”. 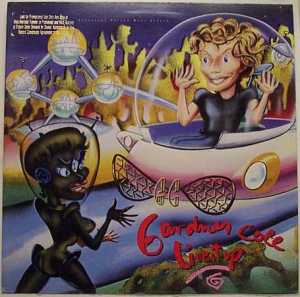 While continuing to tour and release albums with the Rolling Stones, Mick Jagger began a solo career. In 1985, he released his first solo album She’s the Boss produced by Nile Rodgers and Bill Laswell, featuring Herbie Hancock, Jeff Beck, Jan Hammer, Pete Townshend, and the Compass Point All Stars.

She’s the Boss was released in February 1985 – preceded by its lead song “Just Another Night”. Both the album and its first single became worldwide hits, with “Just Another Night” reaching #1 on the US Mainstream Rock chart and #12 on the US pop chart, and She’s the Boss going to #6 in the UK and #13 in the US, where it went platinum. Follow-up single “Lucky in Love” would be a Top 40 US hit.

“Lucky In Love” was remixed by Francois Kevorkian and Ron St. Germain which followed up the remixes the pair had performed for the first single “Just Another Night”. 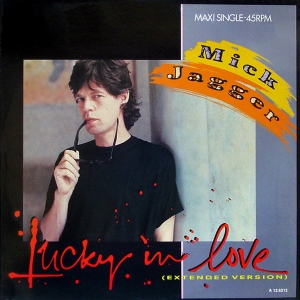 Stephen Anthony James Duffy (born 30 May 1960, Alum Rock, Birmingham, England) is an English singer/songwriter, and multi-instrumentalist. He was a founding member and vocalist/bassist of Duran Duran. He went on to record as a solo performer under several different names, and is the singer and songwriter for The Lilac Time with his older brother Nick. He has also co-written with Robbie Williams and Steven Page.

In 1982, he created the band Tin Tin, with John Mulligan and Dik Davis (both then of Fashion), Andy “Stoker” Growcott (of Dexys Midnight Runners) and Bob Lamb (original producer of Birmingham band UB40). The band was signed with WEA Records in the UK, and released the song, “Kiss Me”, which went to no. 155 on the UK chart. By 1983, Tin Tin had signed with Sire Records in the US, and “Kiss Me” hit the dance charts there as well.

A re-recorded “Kiss Me” single was released in 1984, this time only in the local West Midlands area, followed by a nationwide release of “She Makes Me Quiver”. At the end of 1984, Duffy recorded a third version of “Kiss Me” with Nicholas Froome and J.J. Jeczalik.  The new version of “Kiss Me” was released on 25 February 1985. It debuted at no. 22 and peaked at no. 4, selling 250,000 copies in three weeks and staying in the UK Top 10 for five weeks altogether.

The first version of “Kiss Me” released in the UK in 1982 and the US in 1983 was remixed by Francois Kevorkian and on some versions of the 12″ single, these mixes are referred to as the “U.S. Remix” and “U.S. Instrumental”. 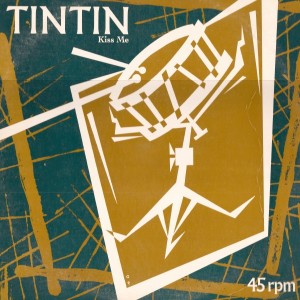 Adam Ant (born Stuart Leslie Goddard, 3 November 1954, Marylebone, London) is an English musician who gained popularity as the lead singer of New Wave/post-punk group Adam and the Ants and later as a solo artist, scoring ten UK top ten hits between 1980 and 1983, including three No.1s. Ant was also a star in America where he not only scored a string of hit singles and albums, but was once voted sexiest man in America by the viewers of MTV. He is also an actor, having appeared in over two dozen films or television episodes between 1985 and 2003.

The album was a realization of the new “rockers in space” ethic and look Adam Ant had begun with the hit UK single “Apollo 9” in September 1984, which peaked at #13. Many say Vive Le Rock’s failure was that Adam’s new concept did not click with the buying public. However, one can attest the failure of the album to the fact that it was so long in coming; Apollo 9 was a hit a year before Vive Le Rock’s release.

Remixes from the UK 12″ single courtesy of Francois Kevorkian and Ron Germain. 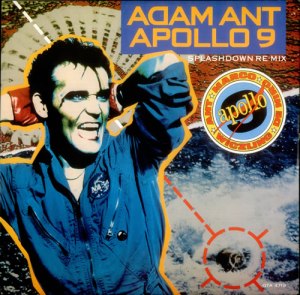 Kim Wilde (born Kim Smith, 18 November 1960) is an English pop singer, author and television presenter who burst onto the music scene in 1981 with the number 2 UK Singles Chart New Wave classic “Kids in America”. In 1983, Wilde received the Brit Award for Best British Female. In 1987 she had a major hit in the US when her version of The Supremes’ classic “You Keep Me Hangin’ On” topped the charts. Starting in 1998, while still active in music, she has branched into an alternative career as a landscape gardener.

In 1988, Wilde released her biggest selling album to date,Close, which returned her to the UK top 10 and spent almost eight months on the UK album chart. It produced four major European hits: “Hey Mr.Heartache”, “You Came”, “Never Trust a Stranger” and “Four Letter Word”, (the last 3 were Top 10 hits in the UK). The release of the album coincided with a tour of Europe, where she was the opening act for Michael Jackson’s Bad World Tour.

The Shep Pettibone remix of “You Came” is widely available on various 80’s 12″ compilations, notably Blank & Jones So80s 6 but the US 12″ single also added two dub versions which have so far never seen release on CD. 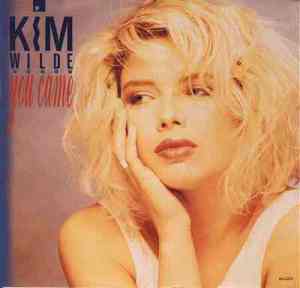 Before Stock, Aitken And Waterman turned their attention to producing number one hits for Kylie Minogue, Bananarama, Rick Astley and many more, their focus was clearly more soul based with their early releases being by artists such as Princess, Brilliant, O’Chi Brown and The Three Degrees.

The Three Degrees are an American female vocal group. Formed in 1963 in Philadelphia, Pennsylvania, the group has always been a trio though there have been a number of personnel changes and a total of fifteen women have represented the group so far. The original members were Fayette Pinkney, Shirley Porter and Linda Turner. The most successful line-up was Fayette with Sheila Ferguson and Valerie Holiday, these being the ladies responsible for recording their 1974 single “When Will I See You Again” which was a huge international hit, peaking at #2 in the US and topping the UK Singles Chart.

In 1985 they returned to the UK Charts with “The Heaven I Need” on Supreme Records, although the single narrowly missed hitting the UK Top 40. 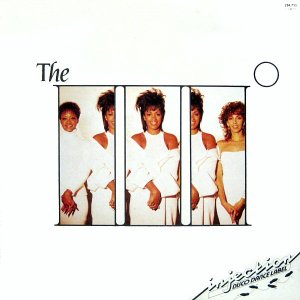