In 1983 the band name was shortened to Blue Rondo and their second and final album “Bees Knees and Chicken Elbows” was released in 1984 featuring the single “Slipping Into Daylight”. The 12″ single release would include the Crucial Cut mix by Paul “Groucho” Smykle. By the time the album and single were released, the band had already broken up.

Reilly, Poncioni and White went on to form Matt Bianco. 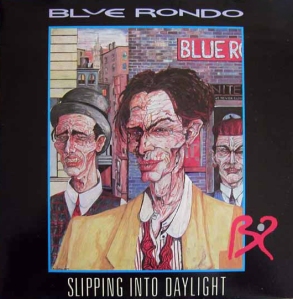