Electric Universe was the thirteenth studio album by Earth, Wind & Fire, released on Columbia Records in November 1983. It was produced by the band’s leader Maurice White for Kalimba Productions, and went to number 40 and number 8 on the Pop and R&B album charts.

“Magnetic” was the first single released from Electric Universe, written by Martin Page (We Built This City, King Of Wishful Thinking). The single reached #10 on the Black Singles chart, #36 on the Club Play charts and #57 on the Pop singles chart.

“Magnetic” was remixed by John (Jellybean) Benitez for the 12″ single release. 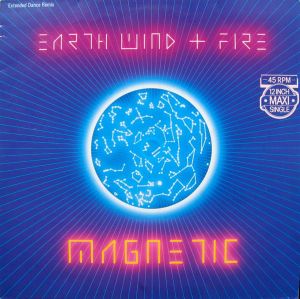 In 1987, CBS Records convinced both Philip Bailey and Maurice White that a reunion of Earth, Wind & Fire would be fruitful. As a result, original members Verdine White, Ralph Johnson and Andrew Woofolk returned to the band with new members guitarist/vocalist Sheldon Reynolds, lead guitarist Dick Smith, and drummer Sonny Emory. A new horn section dubbed the Earth, Wind & Fire Horns was also created, made up of Gary Bias on the saxophone, Raymond Lee Brown on the trumpet, and Reggie Young on the flugelhorn and trombone.

The band’s reformation fostered the 1987 Gold album Touch the World, which was nominated for a Soul Train Award in the category of Best R&B/Soul Album of the Year and rose to number three on the Top R&B/Hip-Hop Albums chart and number 33 on The Billboard 200.

“Evil Roy” was released as the fourth single from the album ,written by Philip Bailey, Attala Zanes Giles and Allee Willis, it rose to 38 and 22 on the Hot Dance Music/Club Play and Hot R&B/Hip-Hop Singles & Tracks charts respectively.

The track was remixed by Steve Thompson and Michael Barbiero for the US 12″ release. 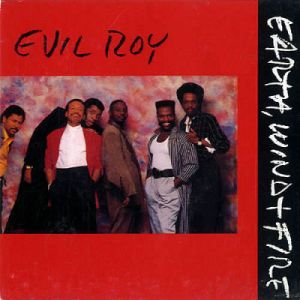