R.O.A.R. were signed to the Tabu label and released their self-titled album in 1985. The only single released from the album was “We Gotta Do It”, written by Keith Jones, Alex Ligertwood and Chester Thompson who had all worked together in the legendary Latin rock band Santana. The new project had little in common with their work in Santana and although the project was short-lived, “We Gotta Do It” did receive a classy Jimmy Jam/Terry Lewis remix for the 12″ release. 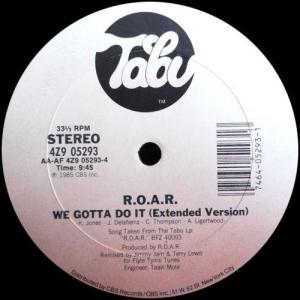