Steel Pulse is a roots reggae band from Birmingham, England who formed in 1975. The band was originally signed to Island Records, then to Elektra and in 1988 they landed at MCA Records where they released their seventh album “State Of Emergency”

“State Of Emergency” differed from some of their earlier work as it went in a heavily synthesized direction, while the critics hated the album as being a blatant attempt at mainstream success, it would turn out to be the bands most successful album.

The single “Reaching Out’ was lifted from the album and released in the UK and the US on an MCA 12” single with remixing duties by Francois Kevorkian. 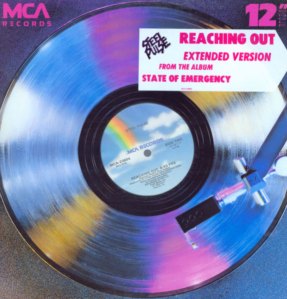