Ron Wynn from AllMusic wrote “Among the more popular family acts on the ’70s R&B circuit, Memphis’ Sylvers recorded for Pride, MGM, Capitol, Casablanca, and Geffen during their 13-year chart run. No less than nine of the ten brothers and sisters in the family — Olympia, Leon, Charmaine, James, Edmund, Ricky, Angie, Pat, Foster — performed in the group that was viewed as a Southern version of the Jackson 5. Their 1972 Pride single “Fool’s Paradise” got things going in the right direction, reaching number 14 on the R&B charts. They had three other Top Ten R&B hits in the ’70s, but their biggest song was “Boogie Fever” in 1975. It perfectly captured the disco spirit and topped both the R&B and pop charts that year. “Hot Line” was another Top Ten on both lists in 1976, and their second biggest single. They scored another Top 20 R&B single on Casablanca in 1978, “Don’t Stop, Get Off,” but the charming qualities of their earlier material seemed more calculated. They couldn’t recapture the spark during their mid-’80s period on Geffen.”

Bizarre is the tenth and final album by the Los Angeles, California-based R&B group The Sylvers. Released in 1984, the album was primarily produced by Leon Sylvers III along with Foster Sylvers and James Sylvers. This was their only album for Geffen Records.

“In One Love And Out The Other” was produced by Leon F. Sylvers III. 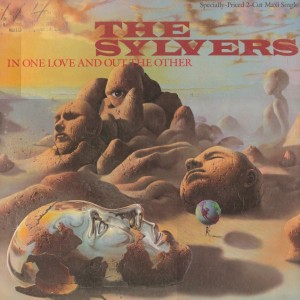