Vince Clarke (born Vincent John Martin; 3 July 1960) is an English synthpop musician and songwriter. Clarke has been the main composer and musician of the band Erasure since 1985, and was previously a member of several groups, including Depeche Mode, Yazoo and The Assembly.

In 1983, after the Yazoo split, Clarke teamed up with Eric Radcliffe and it was their idea to collaborate as one-off associations with different artists on each new single, under the name The Assembly; notably with singer Feargal Sharkey they scored the Top 5 hit “Never Never”. Meanwhile, he founded the label Reset Records with Eric Radcliffe. During 1983 and further on in 1984, he produced four singles “The Face of Dorian Gray”, “I Just Want to Dance”, “Claudette” and “Calling All Destroyers” for his friend Robert Marlow, which were released on this label. They also produced an album, which was shelved but was released much later in 1999 under the name The Peter Pan Effect. In 1985, another collaboration took place with Paul Quinn of Bourgie Bourgie, the result was the single “One Day” by Vince Clarke & Paul Quinn. However, the project never took off, and Clarke moved on to other projects. 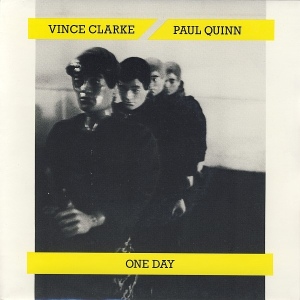