Frampton continued to record throughout the 1980s, although the releases generally met with little commercial success.

He did, however, achieve a brief, moderate comeback of sorts in 1986 with the release of his Premonition album, and the single “Lying,” which became a big hit on the Mainstream Rock charts.

The US Promo 12″ added a John Potoker extended remix. 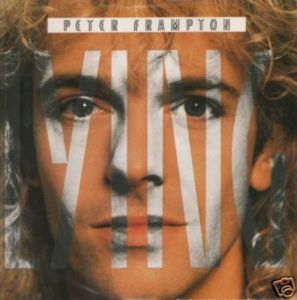